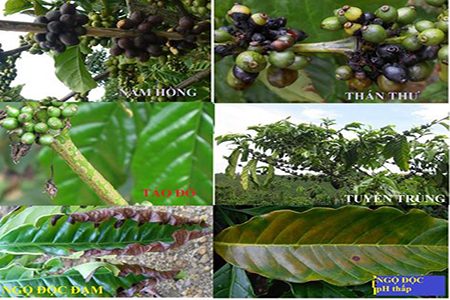 PREVENTION AND TREATMENT FOR “RED ALGA” DISEASES ON COFFEE PLANTS

2. Causes, conditions for development of the disease:

– Disease caused by algae: Cephaleuros virescens caused, this algae is quite common in many plants such as durian, citrus, persimmon, coffee …. Diseases reduce the photosynthesis of plants, making plants developed poorly.

– Red algae grow in conditions of heavy rain, wet. The algae appear mainly in the lower layers where there is lack of light.

– Fertilizer, irrigation. Create ventilation in the garden by means of pruning.

3,462 thoughts on “PREVENTION AND TREATMENT FOR “RED ALGA” DISEASES ON COFFEE PLANTS”